Located approximately 575 miles east of Miami, the “Beautiful By Nature” Turks and Caicos Islands are comprised of roughly 40 islands and « cays » (pronounced “keys”), 8 of which are inhabited.

The population is estimated at 32,000, although a new census in 2012 will bring greater certainty to this figure. Providenciales or « Provo » is the most populated island (25,000) and the center of business and economic life. The country’s capital is Grand Turk, the second most populated island.

English is the spoken language in the Islands and the currency is the U.S. Dollar. The legal system is essentially Common Law, along with many local Ordinances.

The TCI economy is centered around financial services, tourism and real estate. The TCI is recognized as a leading international financial center and has extensive and modern legislation covering all aspects of the financial industry.

In recent years, increased attention has been given to international cooperation to prevent crime and money laundering. Legislation has been aimed at achieving greater financial and corporate transparency, thereby assisting the TCI in consolidating its place on the world financial scene. TCI is also OECD compliant, having signed more than 12 TIEAs.

Tourism is another important pole for economic development and Grace Bay Beach was named “Best Beach in the World” by Tripadvisor in 2011. Provo’s international airport is easily accessed via numerous flights from Miami, New York, London, Toronto and many others. 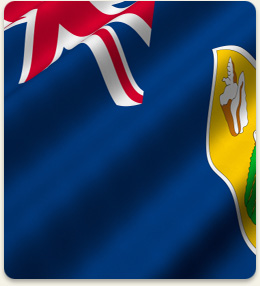