Darren C. Stark, B.Comm., LL.B., LL.M. (Lond.) is a Canadian lawyer with 25 years of international experience. He was called to the Bar of the Turks and Caicos Islands in 1992, and is a member (non-practising) of the Law Society of Alberta (Canada). He is also a member of the Society of Trust and Estate Practitioners (former Chairman of the Barbados Branch) and holds the Canadian Securities Course designation. He has spent 7 years with Canada’s largest Bank, in Global Private Banking, and had been their Managing Director in both Barbados and the Cayman Islands. He has also spent 10 years as the President and CEO of a highly capitalized and successful multi-family office in Barbados. His firm provides bespoke succession, estate, fiduciary and philanthropic planning to ultra-high net worth multi- jurisdictional families and family offices. Mr. Stark has resided in Barbados since 2000, and prior to that, and in addition to the Caribbean, he worked in the wealth management and legal industries in the South Pacific, United States and Canada. Mr. Stark received his Bachelor of Commerce and Bachelor of Laws degrees from the University of Saskatchewan, Canada, and his Master of Laws (specializing in Equity and Trusts) from the University of London, UK. Mr. Stark has extensive governance experience having served on many public company and public subsidiary Boards, including Chairman roles. He has guest lectured at Universities in Canada and the United States, as well as extensively at various conferences and seminars on international wealth management and trust and estate planning, including the American Bar Association conference in London, England. Mr. Stark brings a wealth of global financial and legal expertise to the firm and consults on complex planning and financing transactions. 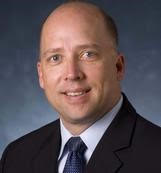